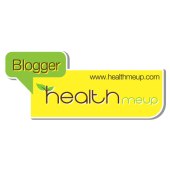 When you walk into an ice cream parlor in the middle of the market, and find out the entire range is vegan, you know you have arrived in the right country!

It is not for no reason that Bali is called the Island of the Gods. People ascribe this to the presence of a thousand temples here, but truly, this land has a soul. It’s a place where one can say idealism is not just an unrealistic romantic idea, but something its people live and breathe!

There’s a café called Down to Earth. The entrance to their café says ‘Peace through Nutrition’. I am already bowled over. This is something I envisioned, they have already done it. Down to Earth serves the best quality organic, vegan cuisine. They also have a store, where they source the best quality organic vegan, fair trade stuff to be sold off the shelf. Wherever they open a branch, they source local produce in a fair manner, ensure the growth of the local economy, they hire only locals, train them well so that their capabilities grow. They run a film club, where they run documentary films on health and environment. I found their staff to be so pleasing and helpful that it would be hard to believe that they didn’t feel one with this enterprise.

The Down to Earth Kitchens are not your run of the mill commercial kitchens. They have banned aluminium and Teflon coating and use only steel, and their chefs are trained to follow macrobiotic traditions. The more I get to know about Down to Earth, the more I look up to the vision behind it.

Bali is full of such examples. Another company that I took note of is The Big Tree Farms, famed for producing the best quality organic Raw Cacao in the world. To think that the world’s best raw cacao is produced not by China, India or the U.S., but by a small underdeveloped island in Indonesia. This is a company with a fantastic vision of development, committed to giving the world the purest and the best, as well as committed to give back to the local economy.

One of the best places for food I found was Sayuri Healing Food, a café started by Sayuri, a raw chef.. The first page of the menu reads ‘this place is for us all to become KUU, as the logo of our café represent, where each one of us become the shine on each uniqueness of its existence, which is the pure purpose of here and now for each. Therefore it is the most powerful force to impact everything around you.’

And then, they serve food that not only tastes as delicious as it looks, but is also the purest and most nutritious food on the planet. You can’t beat that!

Same goes for another café Moksa, except that this place has a beautiful setting, amidst a permaculture farm! A perfect farm to fork taking place right in front of you.